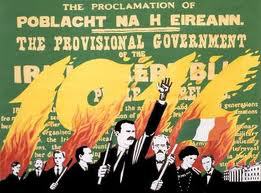 On Friday the 2nd of October we received a copy of the proclamation and an Irish flag from two members of the Irish Defence Forces.  The soldiers arrived to the school to excited faces from our assembled students.  They were delighted to tell us all about the history of 1916 and the Rising. They read the 1916 proclamation to the children. Later the children listened as they learned about the Irish flag and the significance of the colours.  They were told how to take care of the flag, when it should fly from its mast and when it should be removed or lowered from the flag pole. Finally the flag was presented to a student in 5th class.  We really enjoyed the visit and promise to look after our flag with great care. 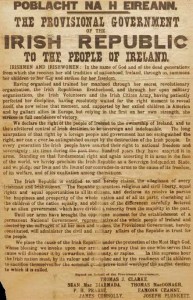