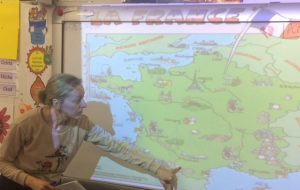 On the 15th of February, Albane from Alouette language school visited 5th and 6th class to give us a taster of the French language. We learnt the French alphabet and numbers and the pronunciations. In addition, we also learned basic greetings in French such as: Bonjour, Oui, Non, Comment ca va? As well as how to introduce ourselves to others: Je m’appelle…, J’habite á Skerries, J’ai _____ ans.

Did you know that objects and items in the French language can be masculine or feminine. See the table below: 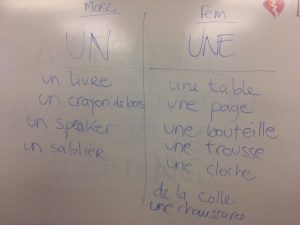 Did you know that Skerries is twinned with Guichen in France.

Here is some fun facts about France:

It was a very enjoyable lesson for 5th and 6th class! Au revoir! 🙂