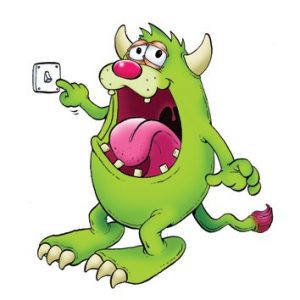 Emyln  from An Taisce came to the school to talk to us about Energy. He talked to us about fossil fuels, these are the products that we use to make energy. Fossil fuels are a type of material that you can burn and you can’t use again.

In about 200 years if we don’t stop using the fossil fuels there won’t be any left.

That was one of the rules the rule was energy can’t be destroyed.

The next experiment we done he brought in a little game, the game was called Newton’s cradle. He called up a person to lift one ball up and then let go and when the person let go the ball went back to the group of balls and the ball at the end lifted up by its self,

Then he called up another person and then he told that person to lift up two balls and then let go when the person let go those balls, they went back to the group of balls and the balls at the end  lifted up by themselvess and so on and so on.

That was the second rule. That energy can transfer.

The third experiment we did was we got a glucose tablet with vitamins and energy in it. Then we got a skinny tube and put water in it and then he put half a tablet in it and put the lid on the tube then he asked us  what was happening and suddenly the lid flew into the air! Then we did it again with the half a tablet and counted how long it took to fly into the air and it took twelve seconds. Then we did it with a full tablet and it only took six seconds.

That was the third rule. Energy can be stored.

Then we play a game we had to answer questions about energy. We had to get into tables to answer the questions. To make it fare we had to role a dice. Nearly everyone roled five exeped my group and one other group did’t role five. Well anyway lets get back to the the game. When you’d get the right answer you’d get a ball who ever got three balls would win.

Thank you to Ms Jones for organising the workshop, we all enjoyed it and learnt a lot!