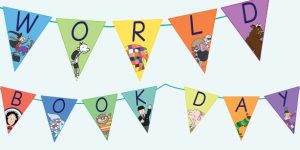 On the 8th of March, Holmpatrick NS held a showcase of everyone’s costumes for World Book Day.

From ponies and fairies to Alice in Wonderland, Little Red Rising Hood, there was no end to the originality and effort put into the children’s costumes.

First were Junior and Senior Infants with plenty of animals and fairy tale characters. Then came 1st and 2nd class with characters such as Robin Hood, Pikachu and even a blue crayon! And we can’t forget the iconic Harry Potter!

Next were 3rd and 4th featuring Katniss, the Snow Queen and even Grace O’Malley. Finally came 5th and 6th class with a quite a few Harry Potter characters such as Dobby, Hermione and many more including, Moone Boy and groups like the English Grammar Squad.

It was a fun and exciting time for all and we all got book tokens in the end!